It was pretty much inevitable, if not unavoidable, that 2008 Pioneer award winner Albert Smith would become involved in auto racing. Living just a good stone’s throw down the street from his employer Geoff Vantreight, Albert began working there in 1958 when the farm was already a hub of racing activity with Geoff sponsoring a Stockcar driven and maintained by two of his other employees, Alan and Jack Smith plus several other employees of Geoff’s were also racing fans. Albert wasn’t particularly interested in racing but did help occasionally with the car and made some trips to get parts for it. But 5 years of hearing Geoff, Al and Jack and Frank Perry discussing cars and racing convinced Albert that he should give it a try and get behind the wheel himself.

In the winter of 1963/64, he bought a 1953 Ford from a local auto wreckers and rebuilt the engine and with Pat Currier joining him and Albert behind the wheel they entered it in Western’s Jalopy class for the ’64 season. They did well enough that Albert finished 9th in that year’s points standings and the following season, Frank Perry built a 1950 Meteor sedan which crew member Bernie Maggiora painted and lettered which Albert drove to 8th place in year-end points.

Albert and Frank ran a ’53 Ford the following season and bettered their points placing, rising to 6th. With another 1953 Ford, they finished just outside the top 10 in 1968 and in 1969 Albert got his 1st ride in a Vantreight-sponsored Super Modified, a car formerly driven by Al Smith and later, Al’s younger brother Roy. Albert liked his open-wheel ride and continued driving for Geoff for several more years until he finally retired from active competition.

He kept up his racing interest which included being a spectator at several “name” races in the US plus some direct involvement which included crewing for car owner Dick Midgley at a race at Riverside, California in 1976. 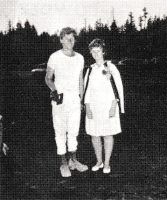 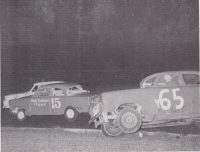 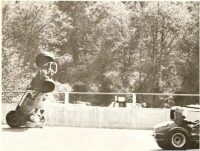 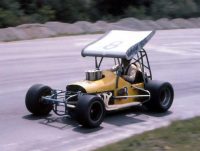 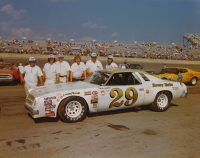